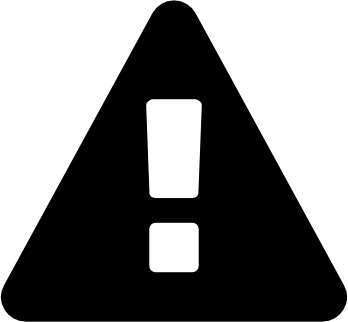 May 17, 2020 The wide economic and narrower energy crises aside, we're all trying to come to terms with professional, personal and economic uncertainties both in the present and the future as a pandemic continues to sweep America. Let's try to remove politics for a few moments to come to a clearer picture of both from some trusted sources. I'm not an expert, I'm a reporter and researcher doing my job.

The Latest On SARS-CoV-2

The name of the virus is SARS-CoV-2, while the sickness it engenders is called COVID-19. Those are the names given by the World Health Organization. We are easily misled by the "latest" number of virus cases, but they needn't be alarming. There is a false impression that today's "new number of cases" is a reliable and very useful metric and is being reported with up-to-the-minute stats daily.. However, some of the positive tests could be days old, considering how long it takes between the time someone is tested and the time news of that test is reported. Virus case counts are estimates, are totally reliant on health care reporting (which can be spotty during a health emergency such as this, of course) and there are false (positive or negative) or misdiagnosed or misapplied SARS-CoV-2 tests Do not take daily "new case" numbers as entirely reliable and they are easily manipulated for political goals. See Nate Silver early on in the crisis. And there's a lot we don't know about COVID-19 and anti-body testing. Most important, though, the number of new cases is not a direct indicator -- "new cases" generally means "the latest count of positive test results," which could still be days old and certainly does not show anywhere near the number of cases in a given area. The actual number of people exposed to COVID-19 is unknown. A Stanford study from a month ago indicated that the number of actual infections could be "50 to 85 times more common than official figures indicated." (Note: "To give one example, Connecticut has done about twice as many tests per capita as Texas. Yet both states have roughly the same number of positive test results, despite the latter testing far fewer people per capita. Such a high positive test rate suggests that the real number of cases may be much larger than the official count." -- Vox) Even the death tolls are subject to skepticism by the public. Certainly the "excess death numbers" are. There are growing indications that the virus may have arrived in America before we even thought it was here, in California, in Texas and elsewhere. The SARS-CoV-2 is an unprecedented phenomenon in the modern world because so little is understood about its workings and so little is understood in coping with it. ("What we are doing are really old-fashioned public health measures. We're actually hiding from the virus by doing these social distancing measures, hoping to buy time to a point where a vaccine may be ready.") There appears to be a lot we do not know about this virus, including whether there is more than one strain. There is no consensus over whether the virus is natural or man-made. There is no conclusive proof that it occurred naturally. There is no conclusive proof that it was man-made. Investigations are continuing. Wide discussion of the issue was driven by accusations made by both the United States and China. Those of good faith who worry about the virus being "man-made" apparently do not necessarily believe it was released as a bio-weapon. Doctors, nurses and hospital administrators in addition to politicians have had to make situational decisions about handling the virus and its subsequent effects on society, decisions often with few facts to rely on. Blaming people for any aspect of this worldwide emergency is not productive. Doctors and researchers are continually finding unexpected and at times devastating effects from the virus. And increased ways to catch it. Newspapers, video and radio have for years distorted the importance of medical and scientific studies, implying that the conclusion of a single study is a pronouncement of drug or procedure effectiveness when in actuality it is simply part of an ongoing process of experiment and discovery. There is no consensus among doctors and researchers over the use of medications to help patients fight the virus. It's just too early in the fight, but physicians should be lauded for willingness to try anything pre-tested for safety that might save patients' lives. Hydroychloroquine is just one among medications are being tested each day for use against the virus. Despite negative pronouncements by some, hydroxichloroquine (which is available as a cheap generic and has a long history) is still being tested and widely used along with antibiotics to help battle the virus and appears to be effective when administered as early as possible. A new National Institutes of Health study is underway. The drug is proven safe for most patients in fighting three illnesses (malaria, lupus, arthritis), so labeling it "unproven" may be misleading. Short of randomized trials, use of convalescent plasma (blood plasma containing antibodies against the virus from those who've recovered from Covid-19 and given to ill patients) appears safe and promising. Blood pressure medications don't appear to be a danger....
Please click here to subscribe or click here to log in to read more of this, along with dozens of Texas energy news stories each week, including exclusives, analysis, opinion and the latest in energy worldwide.

Forget Buying USO Stock: Buy This Oil Stock Instead -- Motley Fool suggests ConocoPhillips over the US Oil Fund ETF     Motley Fool lists oil companies that could go bankrupt -- And Occidental is one of them     Buying Oil Futures With Crypto Currency? -- As oil overtakes Bitcoin for price volatility, FTX has launched oil future contracts pegged to the West Texas Intermediate, plus $100.
Why you should become a subscriber to The Texas Energy Report